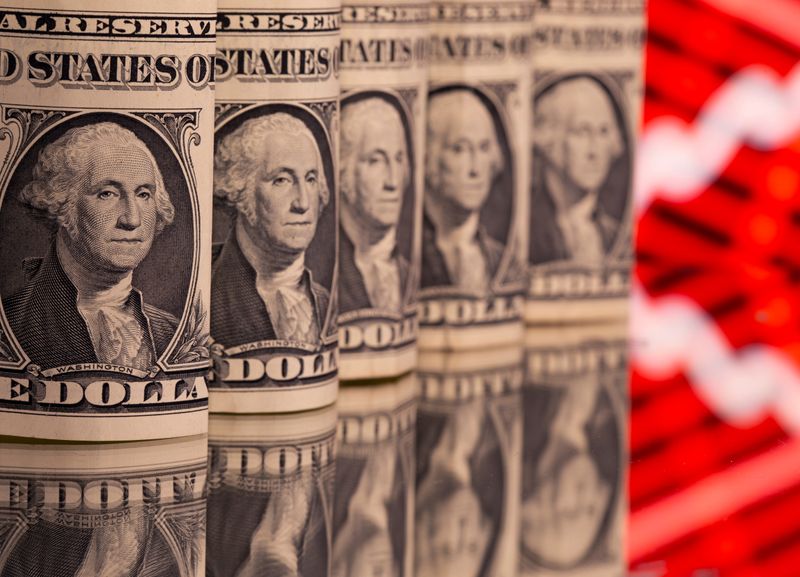 TOKYO (Reuters) – The dollar softened to a two-week low against a basket of currencies on Wednesday after U.S. bond yields declined as traders rolled back aggressive expectations that the Federal Reserve will tighten its policy earlier than pledged.

The dollar’s decline came as investors recalibrated their expectations that the Federal Reserve will tighten its policy earlier than it has suggested.

Financial markets have expected accelerating U.S. economic growth and inflation could force the Fed to abandon its pledge earlier, with interest rate futures pricing in a rate hike as early as late 2022 earlier this week.

The five-year Treasury yield is now seen as a major barometer of how much faith investors have in the Federal Reserve’s pledge that it does not expect to raise interest rates until 2024.

Traders saw the dollar’s retreat as a correction after its rally last month. In particular, against the yen, the dollar made its biggest monthly gains in more than four years in March, rising almost 4%.

“Last quarter, the dollar got a boost from the Senate runoff in Georgia, Biden administration’s coronavirus relief package and then infrastructure plan. This quarter we are running out of such big themes and the market will be looking to economic fundamentals. We expect the dollar to remain strong but it is unlikely to rise as much as it did last quarter,” said Shinichiro Kadota, senior currency strategist at Barclays (LON:).

Elsewhere the Australian dollar held firm near two-week high against the dollar at $0.7661 while the British pound slipped to $1.3830 from Tuesday’s two-week high of $1.3910.