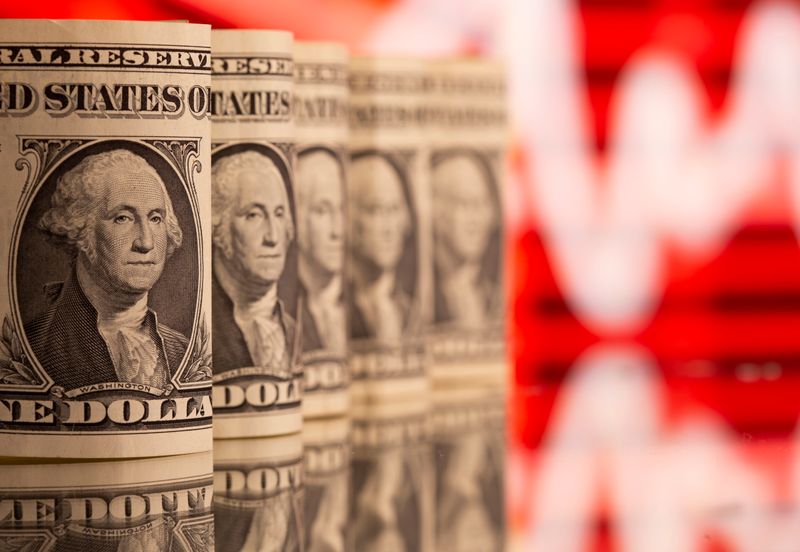 By Hideyuki Sano and Sagarika Jaisinghani

Against the yen, the greenback firmed 0.1% to 109.085 yen, hovering near nine-month highs hit this week. The euro was flat versus the dollar after declining in the past three sessions.

With Fed policymakers expected to forecast the fastest U.S. economic growth in decades in the wake of COVID-19 vaccinations and $1.9 trillion in new stimulus, market participants will be focused on cues that the central bank could start raising interest rates in 2023, earlier than it had said.

"It is likely that the FOMC's economic forecasts will acknowledge the improved growth picture this year, but will continue to show a long road toward conditions consistent with maximum employment that would put sustained pressure on inflation," Morgan Stanley (NYSE:MS) strategist Matthew Hornbach said.

"The Fed being more dovish than expected would suggest U.S. yields and the dollar moving lower in the near term, particularly against risk currencies, but we continue to see upside risks for USD into 2Q."

The dollar index stood at 91.908, having risen for three straight sessions on support mainly from elevated U.S. bond yields. [US/]

Europe's medicines watchdog will release results of its investigation into incidents of bleeding, blood clots and low platelet counts in recipients of AstraZeneca (NASDAQ:AZN)'s coronavirus vaccine on Thursday afternoon.

"Depending on the outcome, it could hurt the euro zone's business sentiment further and the euro could face fresh selling pressure on the low vaccination theme," said Daisuke Uno, chief strategist at Sumitomo Mitsui (NYSE:SMFG) Bank.

The British pound was down about 0.1% at $1.3886 in Asian trading on Wednesday. The currency has come under pressure from profit-taking after it hit a near three-year high last month on the back of a fast vaccine roll-out.