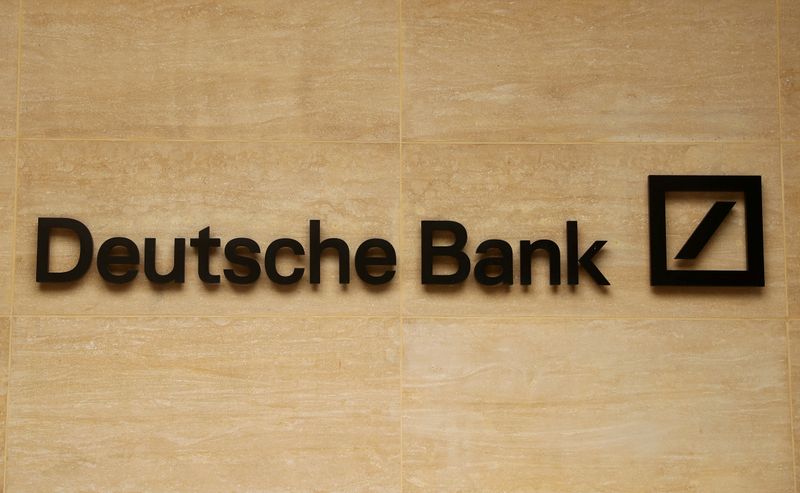 © Reuters. FILE PHOTO: The logo of Deutsche Bank is pictured on a company's office in London

(Reuters) – Deutsche Bank (DE:DBKGn) is expected to agree to pay more than $100 million to settle charges related to allegedly violating anti-bribery laws as it tried to win business in places like China, the New York Times reported on Friday.

Deutsche Bank, Germany's largest lender, is expected to enter into a so-called deferred prosecution agreement in Brooklyn federal court, the report said, citing a person familiar with the matter. https://nyti.ms/2LeCNMb

Deutsche Bank declined to a Reuters request for comment on the report.

The move by Federal prosecutors comes as the bank, which is aiming to return to profitability after five years of losses, is in the middle of a major overhaul, with plans to cut headcount by 18,000 and exit some businesses.

The bank, last year agreed to pay more than $16 million to the Securities and Exchange Commission to settle charges that it violated U.S. corruption laws by hiring relatives of foreign government officials in order to win or retain business. https://reut.rs/3i76g6Z

The SEC alleged then that Deutsche Bank hired poorly qualified or unqualified relatives of officials in Asia and Russia at their request, in violation of the Foreign Corrupt Practices Act.