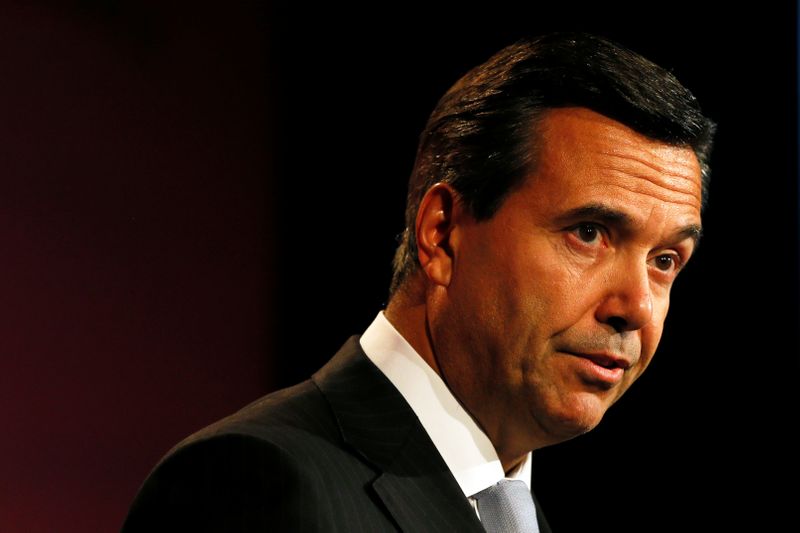 Switzerland's second-biggest bank is seeking to move on from a year of controversy that began with an internal spying scandal that prompted the ouster of former CEO Tidjane Thiam and heightened shareholder censure of Rohner.

Under new chair Horta-Osorio, whose appointment must be confirmed by shareholders on Apr. 30, the bank will face outstanding questions over the size of its investment bank and the profitability of its asset management unit.

Chief Executive Thomas Gottstein in his first 10 months in the role has announced cost cuts to the investment bank and Swiss business, further consolidating a shift from risky trading to more stable wealth management initiated under predecessor Thiam.

He has also flagged a strategy reboot for the bank's ailing asset management.

Impairments and legal provisions totalling nearly $900 million earmarked for the fourth quarter – one on a hedge fund equity stake, and another on a 2008 financial crisis legacy case announced on Tuesday – add to the bank's troubles.

Rohner, 61, departs Credit Suisse as expected after reaching a 12-year term limit on the board.

The news of his successor takes place a day after the announcement of Horta-Osorio's replacement at Lloyds, which he revived following a 2008 government rescue during the financial crisis. The bank returned to private ownership in 2017.

During his time at Lloyds, the Portuguese-born Horta-Osorio, 56, won plaudits for championing mental health issues at companies after he was signed off work for two months in 2011 for stress-induced insomnia and exhaustion.

But he was criticised by lawmakers for his high pay package and for the bank's handling of a fraud at its HBOS Reading branch that led to six people being jailed in 2017.

"I am extremely happy that we can propose a highly-proven and recognised professional of the international banking business as my successor," outgoing Credit Suisse chairman Rohner said in a statement.

During his 16 years at the bank, Rohner saw Credit Suisse weather the financial crisis better than rival UBS as general counsel and chief operating officer, and won support from analysts and shareholders in 2009 when he was appointed to the board in preparation for becoming chairman.

But his tenure since 2011 as chairman has witnessed problems ranging from nearly $1 billion in trading write-downs following U.S. investment banker Brady (NYSE:BRC) Dougan's exit as CEO in 2015 to an ongoing investigation by Swiss financial market supervisor FINMA over the spying affair.

FINMA declined to comment on whether the new appointment would affect its proceedings.

The bank, during Rohner's time, also contended with costly tax evasion settlements after the unwinding of Swiss bank secrecy and more recent censure over shortcomings in a series of high-profile corruption cases.

Shares in the bank have lost some two-thirds of their value over the period.