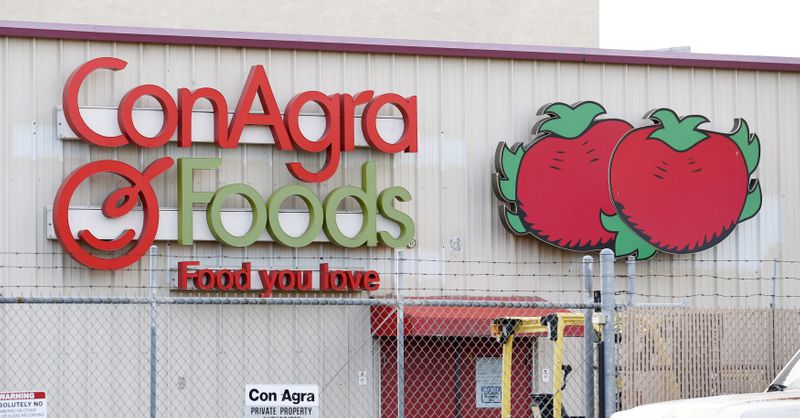 Shares of the Chicago-based company rose 2% in premarket trading after Conagra also posted a 45% rise in second-quarter earnings.

With a surge in cases in the United States and signs of more pandemic-related curbs, shoppers have been restocking pantries in preparation for potential lockdowns, prompting retailers to place more orders for Conagra's packaged foods with long shelf lives.

That has led to a surge in demand for products including, Birds Eye frozen vegetables and Duncan Hines cake mixes, driving a 12.5% rise in sales at Conagra's grocery and snacks business and a 6.8% rise in its refrigerated and frozen unit.

Conagra said it continued to see a "sustained increase" in demand from its retail customers so far into the third quarter. It expects adjusted earnings between 56 and 60 cents per share for the period, compared with analysts' estimates of 57 cents per share, according to IBES data from Refinitiv.

Organic sales are expected to rise in the 6% to 8% range, with adjusted operating margins seen between 16% and 16.5%.

For the second quarter ended Nov. 29, adjusted operating margins were 19.6%, mainly due to costs savings from supply chain streamlining.

Sales rose 6.2% to nearly $3 billion, in line with expectations.