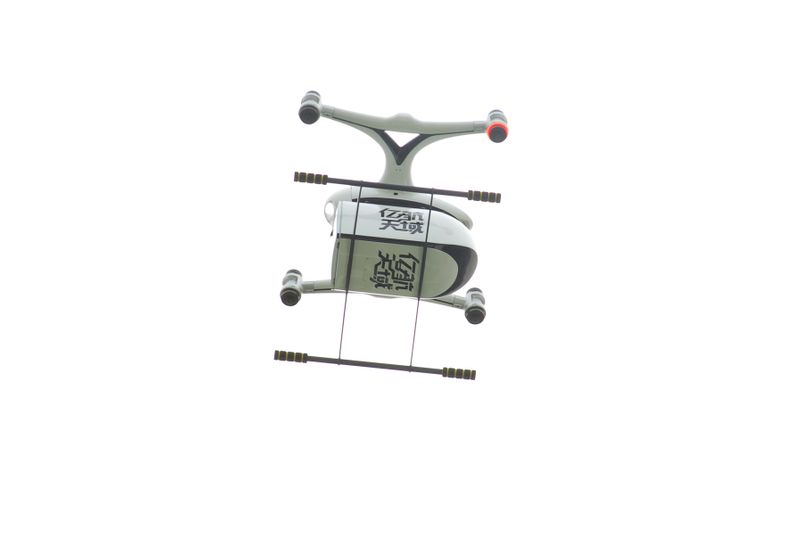 © Reuters. Autonomous aerial vehicle company EHang delivers coffee with its Falcon drone to the delegation on a government-organised tour to the Guangdong-Hong Kong-Macao Greater Bay Area, in Guangzhou

NEW YORK (Reuters) – Shares of drone manufacturer EHang Holdings Ltd plunged on Tuesday after an investment research firm said it had shorted the stock and questioned the accuracy of what the Chinese company has said about its business.

Wolfpack Research, which specializes in short selling, or betting that shares will fall, said EHang is "an elaborate stock promotion" and that the producer of unmanned aerial vehicle technology has lied about its products, manufacturing, revenues and partnerships.

There was no immediate response to an e-mail sent to EHang's U.S. investor relations representative seeking comment.