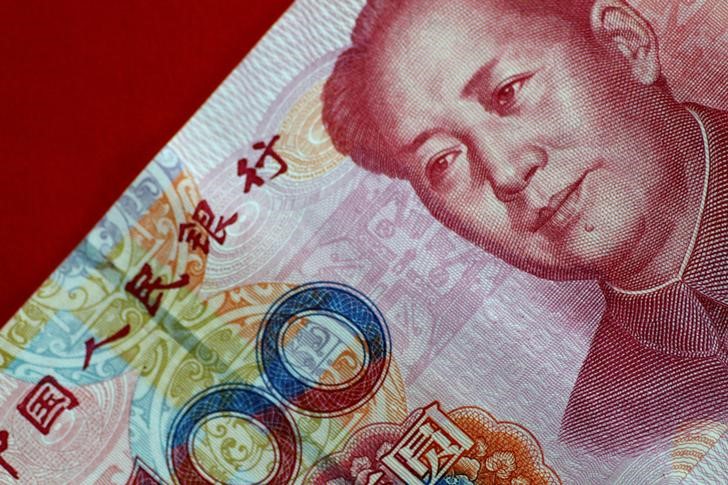 (Bloomberg) — China’s yuan is headed for its strongest close in nearly three months, as a call between Present Xi Jinping and his U.S. counterpart raised hopes of improved relations between the two nations.

The Chinese currency rose as much as 0.2% to 6.4446 per dollar, set for the strongest closing level since June 16. Fueling the gains was a report that Xi spoke to U.S. President Joe Biden by phone Thursday night, during which the two countries vowed to hold regular communications, although the American leader expressed his frustration with recent dead-end talks.

The rally could push the yuan out of a narrow 1.3% band it has been boxed in since mid-June. The Chinese currency has remained resilient, despite a resurgence in Covid cases and Beijing’s crackdown on the country’s biggest technology companies, thanks to the authorities’ cautious approach in policy easing and capital inflows into the onshore markets.

“The talk should help improve risk sentiment in the short-term,” said Zhou Hao, an economist at Commerzbank AG (OTC:). In the near term, “whether the gains in the yuan could continue will mainly depend on moves in the dollar.”

Xi said during the talk that the China-U.S. ties should get back to the right track, according to Chinese state media. The call was the second between the leaders and comes as the relationship is becoming increasingly adversarial. The conversation was initiated by Biden after meetings involving his cabinet officials and Chinese counterparts over the past months remained unfruitful.

The pared gains to trade 0.13% stronger at 6.4475 as of 12:02 p.m. in Shanghai, while the offshore currency rose 0.14%. Some big Chinese banks bought the dollar after the yuan jumped amid headlines on the call, which helped to ease the rally, according to traders. They asked not to be named as they aren’t authorized to talk to the media.

The yuan has barely moved since the start of June, after jumping 1.5% in the second quarter amid a drop in the dollar. The onshore yuan’s one-month implied volatility slid for a fourth day to the lowest level in more than two years, suggesting traders are expecting the currency to remain steady.

The calmness in China’s foreign-exchange market, however, could end as the yuan will weaken on the central bank’s monetary easing, according to Claudio Piron, co-head of Asia foreign-exchange and rates strategy at Bank of America (NYSE:) in Singapore. The currency will drop to 6.60 by year-end, a level unseen since late 2020, he added.

“Signs of willingness to nudge bilateral conversations onto a more serious path could be a net positive for yuan and regional currencies,” said Yanxi Tan, foreign exchange strategist at Malayan Banking Bhd. in Singapore. But the room of any further advance “could be constrained without more discernible translation to policy changes.”