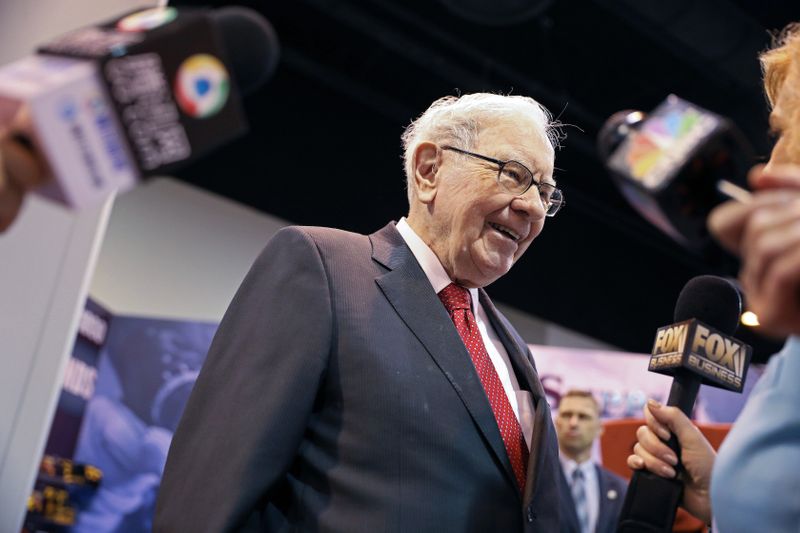 The investments were disclosed in a regulatory filing detailing Berkshire's U.S.-listed stock holdings as of Dec. 31.

To make room, Berkshire reduced its investments in several companies including Apple Inc (NASDAQ:AAPL), though at approximately $121 billion the iPhone maker remains by far its largest common stock holding.

Tuesday's filing signals where Buffett and his portfolio managers Todd Combs and Ted Weschler see value, without saying who bought what. Buffett normally handles larger investments such as Verizon and Chevron.

"They are Buffett-esque investments," said Steven Check, who invests $1.3 billion at Check Capital Management Inc in Costa Mesa, California, including $300 million in Berkshire. "Verizon has a low price-earnings ratio, and while oil prices are recovering the stocks still have a long way to go."

The filing also shows Berkshire deploying some of its cash hoard, which totaled $145.7 billion as of Sept. 30.

As it had several times before, Berkshire won permission from the U.S. Securities and Exchange Commission to delay revealing the stakes, to avoid having investors piggyback on its wagers before it was done buying.

He said the lowered bank stakes may reflect Buffett's concern about persistent low interest rates, and loan losses related to the coronavirus.