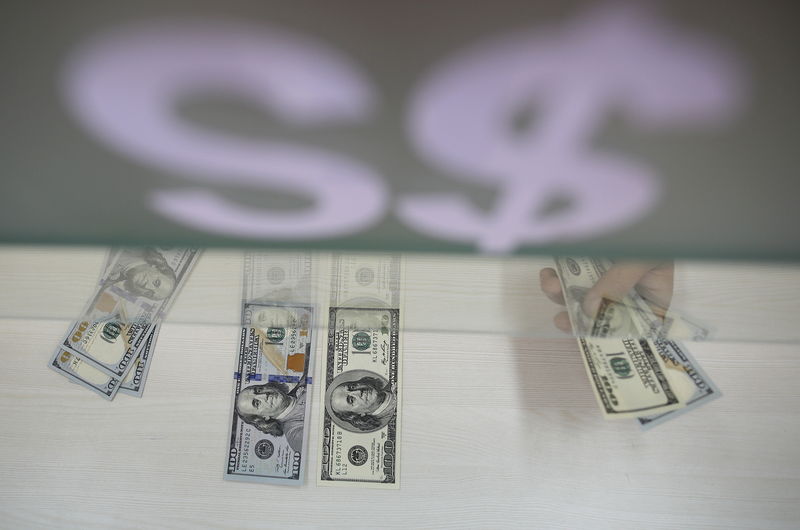 BUENOS AIRES (Reuters) – Brazil's real will likely stay on pause in coming weeks around the mid-point of its recent wide trading range, as strategists focus on advances in vaccination efforts by President Jair Bolsonaro's government, a Reuters poll showed.

The Brazilian currency was quoted at 5.33 per U.S. dollar on Thursday, close to the medium value between its weakest levels of May 2020, when COVID-19 hit local markets with full force, and a short-lived high the following month.

After last year's volatility, "while there is fundamentally space for upside in the real, we cannot rule out the possibility that it stays at current levels for a protracted time," said Felipe Sichel, chief strategist at Modalmais bank.

The currency is seen at 5.20 in 30 days, holding its ground before appreciating slowly to tentatively cross the 5.0 mark for the first time in 18 months at the end of 2021, according to the median estimate of 22 FX strategists polled Jan. 4-6.

Technical views supporting a relatively calm foreign exchange market contrast with some worrying signs on the coronavirus front, as Brazil falls behind its neighbors in the vaccination race.

The country has the world's second deadliest outbreak after the United States, and Bolsonaro, who has downplayed the severity of the health crisis, is facing criticism for not organizing an effective response to the pandemic.

On the other hand, the economic outlook keeps improving gradually, with positive indications even in Brazil's damaged public accounts, boosting hopes for a return to fiscal austerity this year.

"Favorable levels of commodity prices, international trade flows on the rise, fiscal expansion in advanced economies and compliance with the spending cap rule in Brazil should lead the BRL to strengthen in 2021," Santander (MC:SAN) analysts said.

Mexico's peso is expected to continue this year just below 20.0 per U.S. dollar, trading at pre-coronavirus levels it reached last month after a turbulent 2020, despite the still ravaging pandemic.

(Reporting and polling by Gabriel Burin in Buenos Aires; Additional polling by Sujith Pai and Nagamani Lingappa in Bengaluru; Editing by Steve Orlofsky)