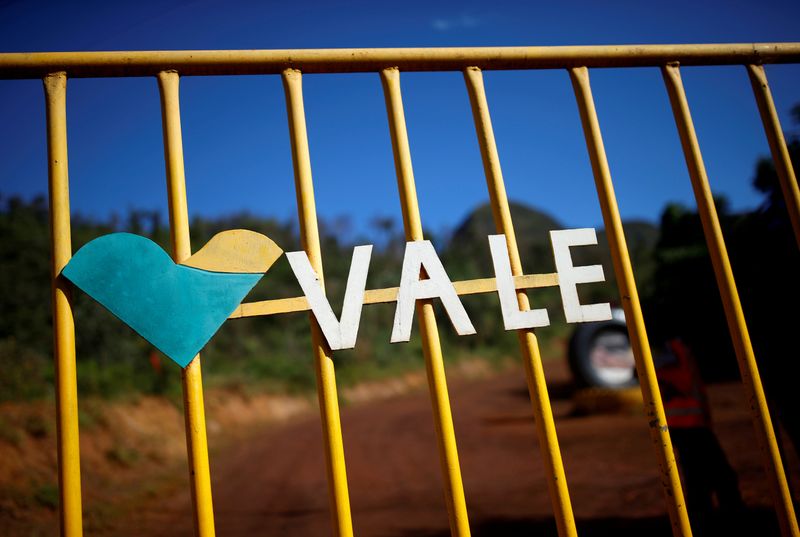 © Reuters. FILE PHOTO: A logo of the Brazilian mining company Vale SA is seen in Brumadinho

The collapse of a dam at the Samarco mine complex in 2015 killed 19 people and severely polluted the Doce River with mining waste, one of Brazil’s worst environmental disasters. The facility, which resumed production in December, is the focus of significant litigation from bondholders holding nearly $5 billion in debt.

“The (judicial reorganization) filing is necessary to prevent legal actions already underway … from affecting Samarco’s ability to produce, ship, receive for its exportations and to fund the normal course of its activities,” the company said.

Vale said the bankruptcy protection filing would not impact Samarco’s ability to pay reparations to those affected by the 2015 dam burst. It said out-of-court negotiations with creditors had slowly broken down over time.

The in-court reorganization request, filed in the state of Minas Gerais, is roughly analogous to a Chapter 11 bankruptcy filing in the United States.

Samarco has $4.7 billion of financial debt from non-related parties, Vale said. In the years following the Samarco disaster, Samarco had negotiated with creditors to reach a restructuring agreement. However, those talks slowed in 2019 after changes in dam regulations in Brazil, which materially affected operations at Samarco, Vale said.

In 2019, another dam burst at a Vale mine in Brazil, killing some 270 people and prompting a tightening of the rules governing mining damns.

A significant portion of the debt is now held by “investors active in the distressed assets market,” rather than the original bondholders at the time of the disaster, Vale said.