Financials, one of the most vulnerable sectors during the pandemic-induced recession, are now roaring back. U.S. bank stocks have outperformed the benchmark S&P 500 Index by a significant margin this year. Investors have gotten bullish on lenders, believing that the worst is over and the economic reopening will fuel revenue expansion.

The KBW Bank Index has jumped about 20% so far this year, while the S&P 500 gained just 5% during the same period. Individual lenders, such as JPMorgan Chase (NYSE:JPM), Goldman Sachs (NYSE:GS) and Bank of America (NYSE:BAC) have delivered double-digit gains, thanks to their strong investment banking and trading divisions. 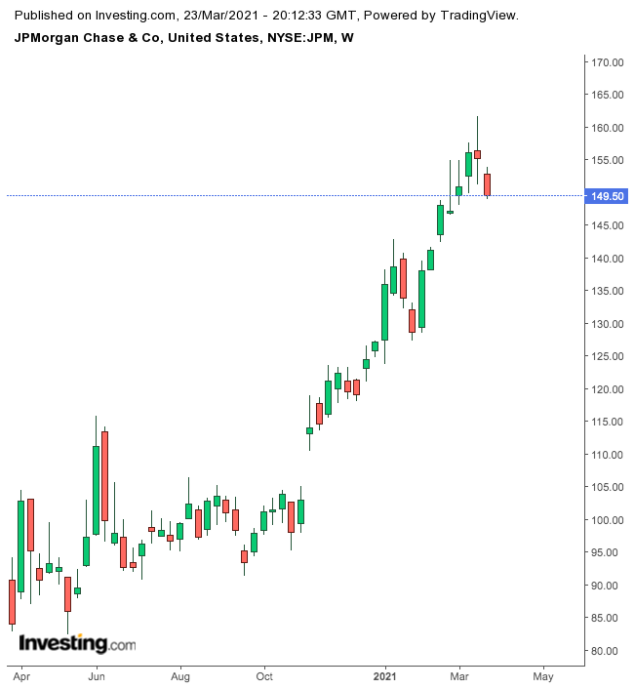 Investors have pushed their stock prices higher, betting that more lending to businesses, higher infrastructure and consumer spending, after the passage of a second stimulus package, will begin a new era for lenders that are awash with low-cost liquidity. 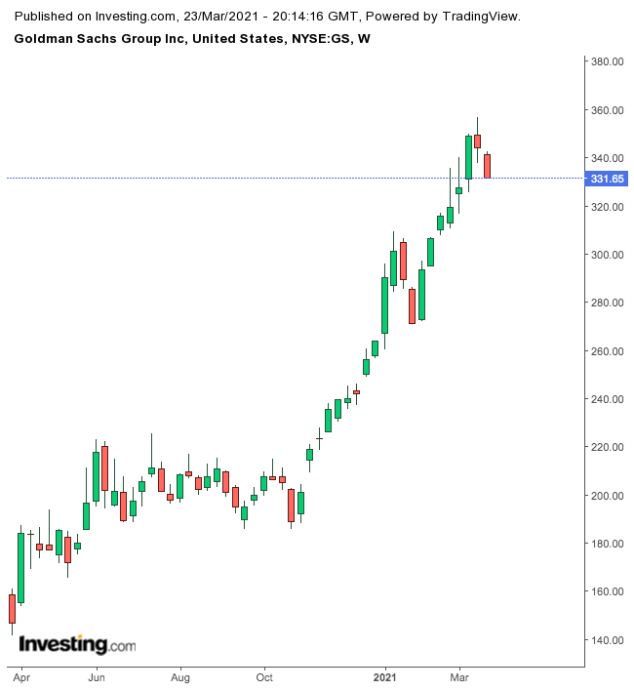 Adding to this optimism are rising bond yields, signaling that the Federal Reserve will likely be forced to raise interest rates earlier than anticipated to ward off inflation. Higher rates allow banks to charge more to borrowers, boosting lending margins on products from credit cards to mortgages. 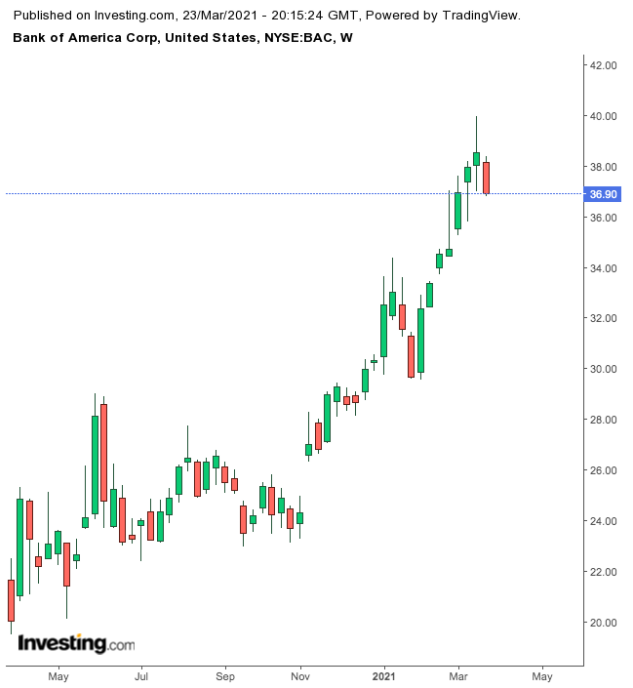 In this highly favorable environment, one big unknown is how far this rally can go after a remarkable turnaround in bank stocks since the March 2020 plunge.

“These stocks have had a great run year-to-date,” RBC analyst Gerard Cassidy said in a recent Bloomberg report. “If you’re looking at them over the next 12 to 18 months, they’re still reaping meaningful upside,” he said, highlighting good credit trends and aggressive loan provisioning by banks, to prepare for a major credit storm that didn’t materialize.

Referring to bank stocks, Wells Fargo analyst Mike Mayo in a report titled “What’s not to like?” highlighted successful vaccine rollouts, the Federal Reserve allowing for more stock buybacks and the Democrats’ Senate win that paved the way for more government stimulus.

While bank stocks look attractive over the long-term, is it worth waiting for a pullback to buy in? The latest commentary from some top bank executives suggest that there are still some risks lurking that can thwart this rally. JPMorgan, the largest lender in the U.S., cautioned investors in January that uncertainty remains, and it wasn’t reducing the money set aside for credit card losses.

Trading in asset markets was another factor that helped banks stage a quick turnaround from their pandemic slump. Trading revenue for Goldman Sachs, for example, reached a 10-year high in the previous quarter. JPMorgan generated the most profit and revenue it ever has from its markets’ unit in a .

That hyperactivity in markets may not provide much of a helping hand once the economy reopens and retail trading activity subsides. Another threat could come from the struggling commercial real estate sector, which has been a big profit contributor for smaller banks.

Federal Reserve Chair Jerome Powell told Congress last month that he is watching developments in that sector closely because of the banking system’s exposure to commercial real estate. Prices “appear susceptible to sharp declines, particularly if the pace of distressed transactions picks up or, in the longer term, the pandemic leads to permanent changes in demand,” the Fed said in a Feb. 19 report.

Bank stocks, even after their powerful run in 2021, continue to look attractive with many macro trends remaining favorable for their business in the post-pandemic economic recovery. That said, investors who want some banking exposure in their portfolios are better off sticking with solid names, like JPM, Goldman Sachs and Bank of America, due to their diversified portfolios and stronger balance sheets.