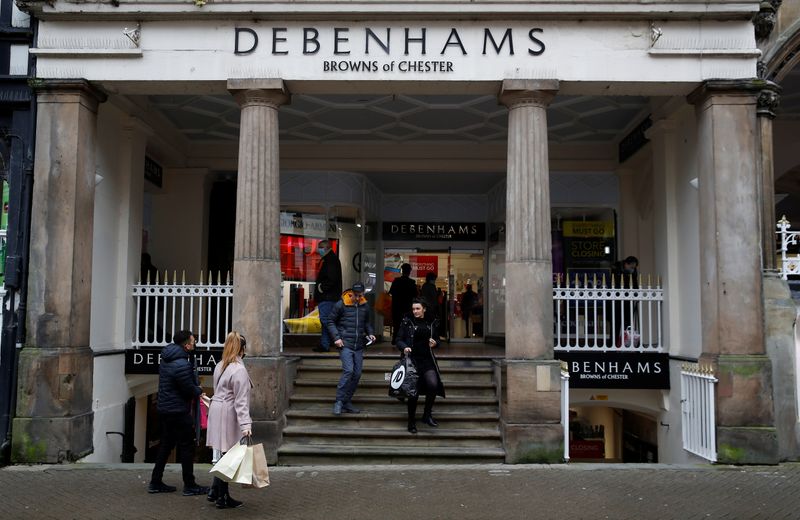 © Reuters. Shoppers walk out of a Debenhams store in Chester, Britain 2/3

Authentic Brands, owner of the New York department store brand Barneys, is in talks this weekend with the administrators of both stricken companies, the newspaper reported https://

The companies did not respond to a request for comment on Saturday.

Mike Ashley's Frasers Group said on Monday it was in negotiations to buy Debenhams from administrators in a rescue deal. It was also interested in participating in the sale of Philip Green's collapsed Arcadia Group.

Frasers, formerly Sports Direct (LON:FRAS), said that it hoped a deal could be agreed and jobs at Debenhams saved after the COVID-19 pandemic sunk its business, but cautioned that the transaction was complicated and talks needed to take place quickly.

Administrators for Debenhams said earlier in December it would be wound-down, closing all its shops after 242 years in business and putting 12,000 jobs at risk. Green's Arcadia fashion group collapsed into administration late in November putting more than 13,000 jobs at risk.