These, of course, included the United States , global worries about the spread of the Delta variant of COVID-19, and a battering New Orleans and southeast Louisiana.

If you’re ahead on the month, thank Federal Reserve Chairman Jerome Powell. Last week, the central bank will start to wind down its stimulus efforts—but slowly. The odds, in fact, are there won’t be an interest rate hike in the United States until perhaps late in 2022 or early 2023. 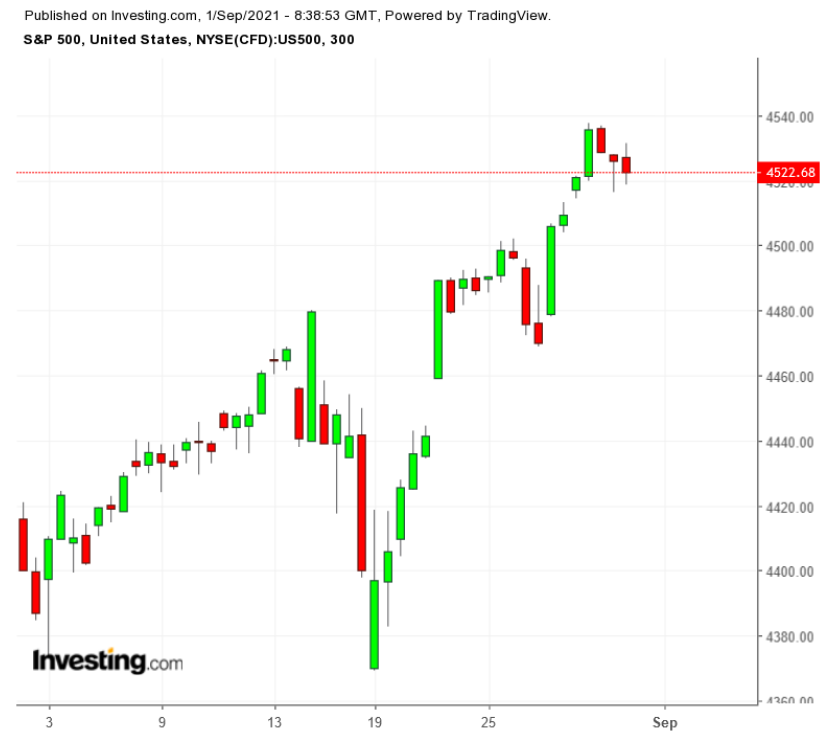 The index’s seven-month winning streak is the longest since a 10-month stretch between April 2017 and January 2018.

The broad benchmark has closed at a new high on 53 days this year, the fourth-best showing ever, according to Standard & Poor’s, and there are still four months left in the year.

Still, there are concerns to keep in mind:

After that, consider this internal reality for equities:

The overall market gains have recently reflected gains among the biggest and fastest-growing stocks. Gains for mid-cap and small-cap stocks have moderated since a robust rally in the first quarter. 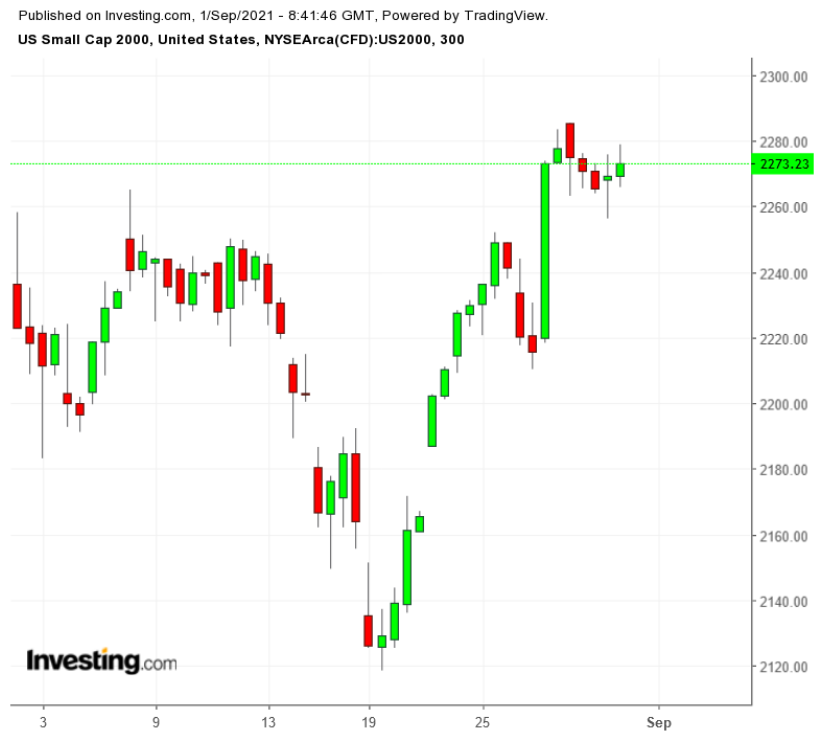 Markets were assisted by a number of helpful catalysts: the Fed’s ongoing low interest rate policy, moderating oil prices ( fell roughly 10%), and gains in consumer spending were set off by a hoped-for end to the COVID-19 virus. Home buying in the United States is robust, if buyers can actually find one, and prices are rising—a boon for sellers.

Corporate earnings have generally been very strong over the last nine months, especially for tech stocks. The top 10 stocks in the S&P 500 represent 28% of the market cap of the index. Six are tech stocks.

In theory, the decent condition of the economy now could set financial markets up for continued gains at least through the end of the year. Stocks generally have benefitted from ultra-low rates.

But blips will show up. Zoom Video Communications (NASDAQ:) fell 16.7% to $289.50 on Tuesday, after forecasting growth will decelerate in coming quarters.

Stocks may take a hit if Friday’s report underwhelm. Investing.com is estimating jobs created in August to rise by 750,000, with the dipping to 5.2% from last month’s 5.4%.  A year ago, the unemployment rate hit as high as 14.5%.

The Fed wants to see the payroll number go up and the unemployment rate continue to fall, even as critics on Wall Street and elsewhere worry that , triggered when the recovery began in 2020, could prove more difficult than anyone expects.

Fed officials have mostly pushed back against the worries, arguing the recovery is too fragile to start raising rates too early.

And many investors are comfortable with the Fed. Powell’s speech on Friday was warmly received by markets. The S&P 500, NASDAQ and NASDAQ 100 all closed at new highs.

History suggests that the more the stock market depends on returns from fewer and fewer companies, the more likely it becomes more vulnerable to a pullback. 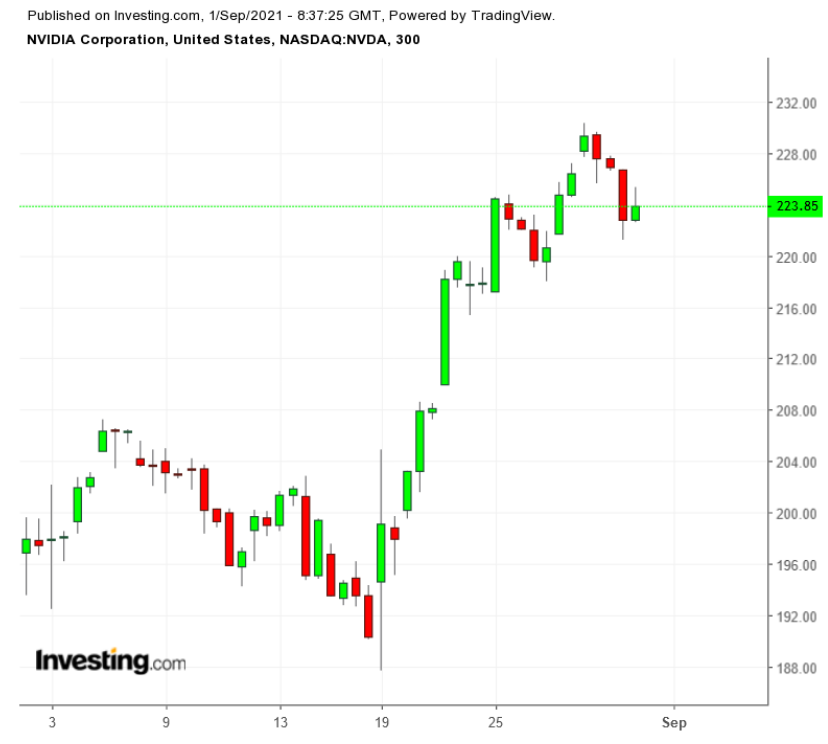