With interest rates at a historical low, it’s quite a challenging environment for income investors to earn decent income. The dividend yield on the index is just 1.37%, the lowest in 150 years, excluding the peak of the dot-com bubble two decades ago. That situation isn’t helpful if you’re investing to manage your monthly cash flows.

Today, we analyze two heavyweights—AT&T (NYSE:) and International Business Machines (NYSE:)—to understand which high-yielding stock could be a better buy.

America’s largest telecom operator, AT&T offers an attractive risk-reward proposition for income investors. With an annual yield of 7.11%, investors can earn one of the best returns available from a blue-chip stock with a long track record of paying dividends.

But that return doesn’t come without risk. Shares of the Dallas-based company have been underperforming the benchmark S&P 500 for many years. They have fallen 27% during the past five years—a period in which the S&P 500 more than doubled. Shares were trading at $28.98 at yesterday’s close. 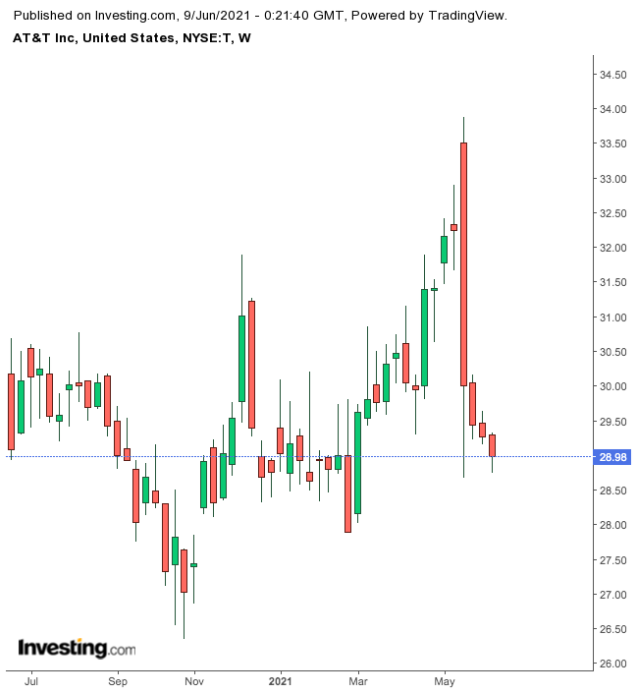 AT&T’s dismal performance over the past five years is also a reflection of the company’s debt-loaded acquisition strategy, which has so far failed to unlock value for its shareholders. The company created doubts about its future payouts last month when it signaled it will cut its dividend as part of a deal to combine its media assets with those of Discovery (NASDAQ:).

While AT&T hasn’t officially cut its $0.52-a-share quarterly dividend, the company said its payout would be 40% to 43% of free cash flow, which is projected to be around $20 billion in 2022, when the deal is expected to close. That would be about $8.3 billion at the midpoint, compared with $15 billion paid out to shareholders in 2020.

With its dividend being cut, could AT&T stock provide better value now that it’s becoming a leaner company after spinning off its WarnerMedia assets?

Some analysts believe that will be the case.

UBS analyst John Hodulik, while raising his rating to buy from neutral, said in a recent note that the leaner version of AT&T had a clearer pathway to improving its cash-flow :

“We see a favorable risk-reward at the current valuation given a more simplified set of connectivity-based assets, lower dividend payout (~40% vs. ~60% post-DTV deal), better visibility into [earnings before interest, taxes, depreciation and amortization], growth and lower leverage.”

The dividend decrease, which has caused some investors to bail on the stock, does not seem as drastic when considering the total results of the Discovery deal, UBS said.

“While AT&T lowered its dividend by ~45%, the deal structure will provide an estimated ~$7-8 per share in one-time, tax-free payment (in the form of DiscoveryWarner shares), equating to 4-5 years of dividend payment in lump sum.”

Many investors don’t have a favorable view of International Business Machines due to its poor growth performance over the past decade.

The 109-year-old tech giant has been slow to restructure its business, at a time when demand for its big-frame servers and other hardware plunged and its clients began storing data on cloud services provided by rivals like Amazon (NASDAQ:) and Microsoft (NASDAQ:).

But there are some clear signs that the company is succeeding in its turnaround efforts, making its 4.5% dividend yield attractive for long-term investors. The New York-based IBM posted its first revenue gain in 11 quarters in April, driven by demand for cloud services. IBM also revenue from Red Hat, which it bought in 2019 for $34 billion, increased 17% in the first quarter. 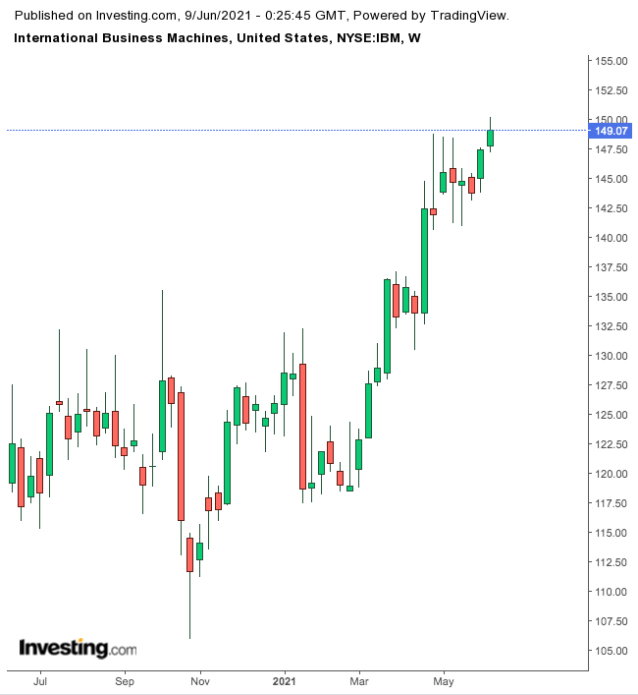 Arvind Krishna, who took over as CEO from Ginni Rometty last April, is focusing on artificial intelligence and the cloud to revive growth. Krishna has reorganized the company’s business around a hybrid-cloud strategy, which allows customers to store data in private servers and on multiple public clouds.

IBM, in our view, is a better dividend stock than AT&T, especially after the new management’s clear shift to cloud computing, which is a high-growth area. These steps are encouraging and could unlock the value of IBM stock, which has hiked its dividend for 25 years straight.

Investing in turnaround situations can produce huge returns over time. But these companies certainly carry more risk, so investors should be very careful in deciding which high-yielding stocks to select.