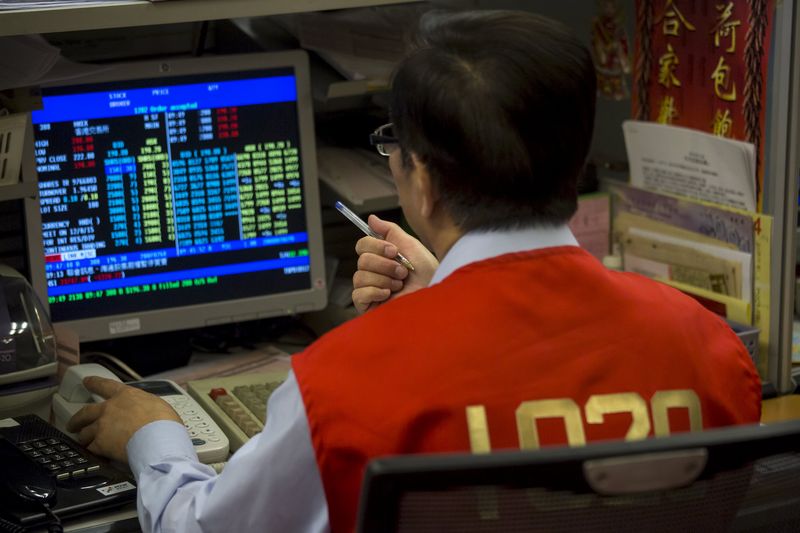 The data, including manufacturing payrolls and non-farm payrolls, are due out later in the day. The data is expected to show modest gains in U.S. employment despite the country grappling with a second wave of COVID-19.

In Australia, the S&P/ASX 200 was up 0.32%. Australian retail sales grew 1.4% month-on-month in October, under the 1.6% growth in forecasts prepared by Investing.com but above the 1.1% contraction seen in September.

China’s Shanghai Composite fell 0.39% and the Shenzhen Component was down 0.26%.

Global shares remained just within reach of record highs over investor optimism that positive vaccine developments could sustain a global recovery in 2021.

However, Pfizer Inc (NYSE:PFE) saw its shares decline as much as 3.1% during the previous session after a report claimed that it would ship only half of the expected doses of BNT162b2, its COVID-19 vaccine co-developed with BioNTech SE (NASDAQ:BNTX). Supply chain issues means that 50 million, not the originally anticipated 100 million, doses will be shipped.

National Institute of Allergy and Infectious Diseases Anthony Fauci also slammed the U.K.’s Medicines and Healthcare products Regulatory Agency’s approval for BNT162b2, claiming that it was rushed. Fauci later apologized for his comments.

Moderna Inc (NASDAQ:MRNA) also awaits U.S. and European approval for its candidate mRNA-1273, and released a study showing that its vaccine has the potential for durable immunity.

Meanwhile, the number of global COVID-19 cases continues to rise. The number rose above 65 million as of Dec. 4, according to data from the Johns Hopkins University. In the U.S., California warned that it will lock down its economy if its critical-care capacity reaches its limit. President-elect Joe Biden also said he would ask all Americans to wear a mask to prevent the spread of COVID-19 for the first 100 days of his administration.

"The U.S. fiscal situation is pretty fluid, but it's more encouraging than in the beginning of the week … but there's too much uncertainty to do anything with a great degree of confidence." National Australia Bank (OTC:NABZY) head of FX strategy Ray Attrill told Reuters.

The uncertainty extends to the latest U.S. stimulus packages, with a Dec. 11 deadline to avert a government shutdown looming. However, a proposed $908 billion bipartisan package was slowly gaining traction in Congress on Thursday.

However, some investors remained optimistic.

“If we do see earnings growth start to pick up, perhaps 25% to 30% on the S&P 500 next year, and if we see rates remain low and stimulus in place, that remains a good backdrop for risk assets,” Allianz (DE:ALVG) Global Investors investment strategist Mona Mahajan told Bloomberg.