It has been more than a month since I last provided an on Apple (NASDAQ:). So allow me first to assess what I got wrong and right.

Back then, using the Elliott Wave Principle (EWP), I found:

“It currently has two options…. Either rally from about current levels … to invalidate an impulse down or, indeed, form an impulsive wave down to ideally $115+/-2 to complete (red) intermediate wave-a. Then, it should bounce back to resistance at around $130+/-10 for red wave-“b?” followed by another impulse down to $105+/-5 to complete red wave-c of wave-4 as a zigzag.”

Fast forward, and Apple completed an impulse down (grey waves i, ii, iii, iv, and v) since the mid-January 2021 all-time high right into the ideal target zone. It is now trading at $132+. See Figure 1 below. 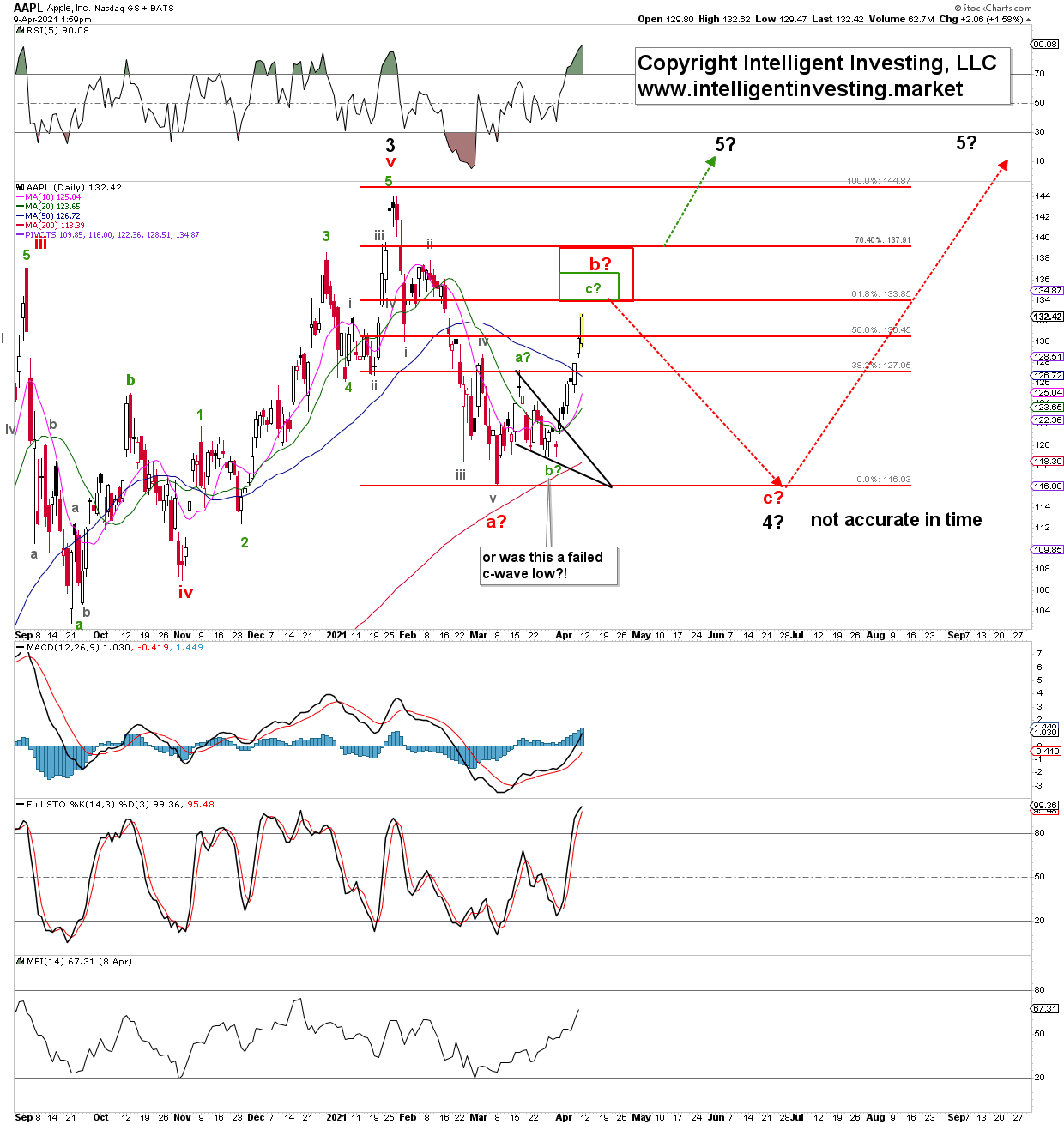 Given the current rally’s strength, with all the technical indicators pointing up and on a buy, more upside, even after a short-term pullback from the current overbought conditions (RSI5=90), seems most likely. Thus, the $133-138 zone should be reached. The stock will have to close below $127 from around current levels to suggest this upside target will most likely not be reached.

On the other hand, a close over $138 strongly suggests my preferred EWP count shown is incorrect. Then, black, major wave-5 is most likely already under way, targeting the long-awaited $150 region (green dotted arrow). I will then adjust my EWP count accordingly.