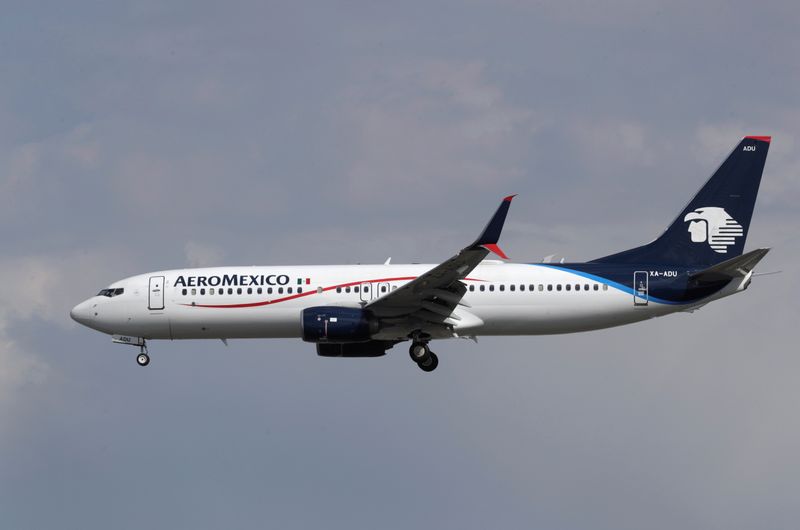 © Reuters. Outbreak of the coronavirus disease (COVID-19) in Mexico City

MEXICO CITY (Reuters) – Grupo Aeromexico has wound up discussions with two labor unions but remains in talks with two more, it said on Tuesday in an update on negotiations that are a requirement for the airline to receive a second tranche of bankruptcy financing.

Aeromexico filed for Chapter 11 bankruptcy protection in a U.S. court in June, after the coronavirus pandemic slammed the global travel industry.

The carrier was approved for up to $1 billion in debtor-in-possession (DIP) financing, and received an initial $100 million payment in September.

It did not detail terms of the completed agreements. The airline is required to reach agreements with all four unions to access a second tranche of DIP funding.

"The favorable outcome of the negotiations with the Independencia and STIA unions, as well as the progress with the flight attendants union ASSA, represents an extremely important milestone to have access to the next stages of DIP financing under our restructuring process," Aeromexico Chief Executive Andres Conesa said in a statement.

The company in November requested permission from U.S. bankruptcy court to dismiss 1,830 employees, including 855 unionized workers.