Equity investors will likely seek direction after Friday’s disappointing amid surging COVID-19 cases in the US, adding another layer of uncertainty to the economic recovery.

The addition of 235,000 jobs in August—the smallest gain in seven months—suggests US central bankers may delay removing their monetary stimulus as they wait to analyze the economic impact of the fourth COVID wave on the hospitality and tourism sectors among other industries.

Stocks were mixed in the past week ahead of the long Labor Day weekend, with the outperforming, the rising slightly and the flat. The best-performing sectors were defensive, led by , , , and .

With that information as a backdrop, here are three tech stocks on our radar during the upcoming, holiday-shortened, trading week:

GameStop (NYSE:), the video game retailer favored by the Reddit retail investor crowd, will report its second quarter earnings after the market close on Wednesday, Sept. 8. Analysts, on average, are expecting a loss of $0.66 a share on sales of $1.12 billion. 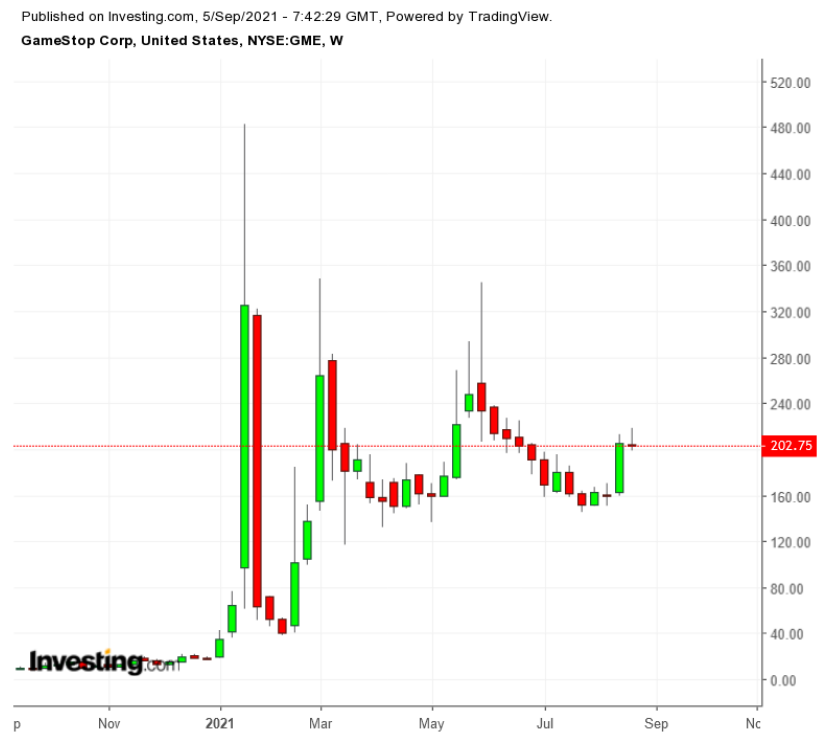 The Grapevine, Texas-based company has been able to boost its cash reserves and reduce its debt, after a powerful rally in its stock during the past one year. The specialty retailer is also moving swiftly on its plan to pivot away from being a mall-based, bricks-and-mortar retailer and instead transform itself into an e-commerce powerhouse. Ryan Cohen, an activist investor who became GameStop chairman after building a 13% stake, told investors in June that he won’t disappoint them.

“We are trying to do something that nobody in the retail space has ever done,” said Cohen, who is also a co-founder of Chewy (NYSE:), the pet food and supply e-tailer, at the company’s annual meeting.

“We believe we’re putting the right pieces in place and we have clear goals: delighting customers and driving shareholder value for the long term.”

Shares of GME, which closed on Friday at $202.75, have slipped more than 20% during the past three months. For the past one year, the stock has been highly volatile and is up about 2,500%.

Dating platform Match Group (NASDAQ:) surged more than 11% after hours on Friday, and will likely show strong gains this week, after a report surfaced saying the company is going to be added to the S&P 500 in an upcoming reshuffle of the broad index. 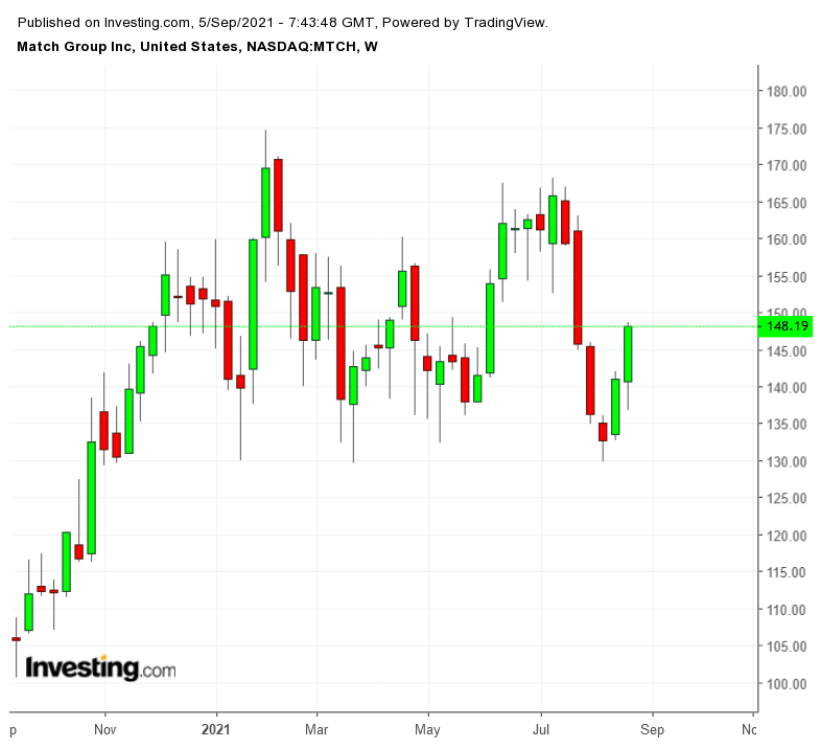 As of Sept. 20, the online-dating company will replace health care company Perrigo (NYSE:), which is slated to join the , S&P Dow Jones Indices announced in a release on Friday.

Dallas-based Match Group owns several dating companies in addition to Match, including Hinge, Tinder and OKCupid. Match shares are up more than 50% since the company completed its spin-off from IAC/InterActiveCorp (NASDAQ:) in July 2020, the rise

Supermarket behemoth, Kroger Company (NYSE:) will report its Q2, 2021 earnings on Friday, Sept. 10 before the market opens. Analysts are expecting $0.6281 a share profit on sales of $30.56 billion. 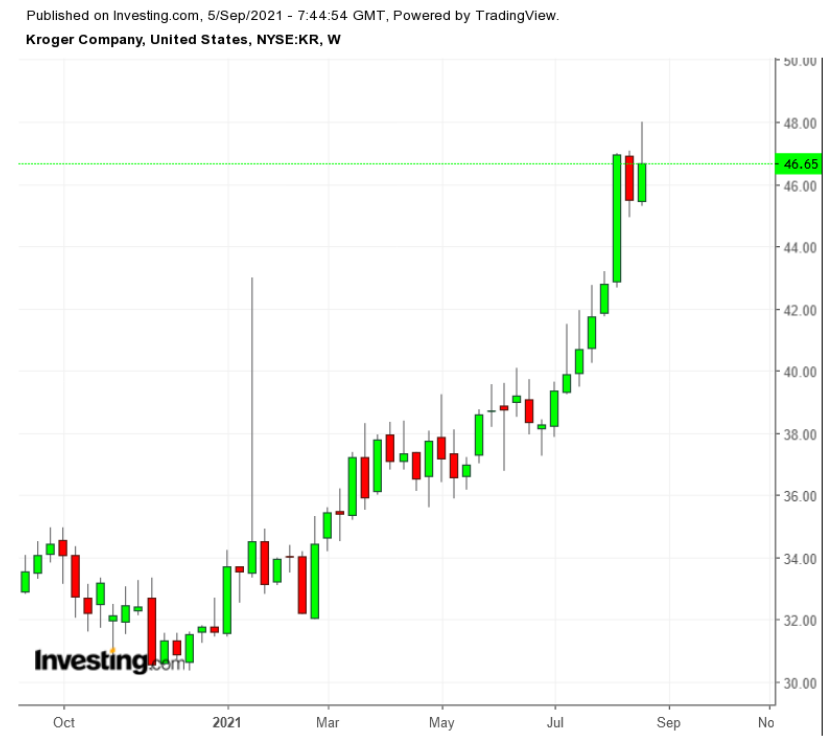 In June, Kroger identical-store sales, excluding fuel, declined at a slower pace than analysts had forecast as consumers resumed their routine buying habits after a year of pantry-loading. Compared with the same quarter during 2019, total sales, including fuel, grew 10.9%.

The Cincinnati-based grocer, however, continues to benefit from some pandemic-era behaviors that are sticking, including additional consumption of fresh products, such as, meat and produce, which are higher-margin categories.

Kroger’s stock has gained 50% this year on the grocer’s surging sales and its participation in the US vaccination campaign against COVID-19.

The company has delivered millions of vaccinations to people nationwide, creating more repeat customers for its pharmacies and supermarket offerings. Kroger generated record sales of $132.5 billion in the year ended Jan. 30.