The cloud has long been a driving force of growth within the tech industry and it will remain so long into the future. The problem for investors, if there is one, is that the growth of the cloud has slowed which makes cloud services and cloud-based businesses more attractive for growth investors. Even there, growth among many of the cloud-based companies is slowing from the pandemic peak and that is leading to price weakness among some of the stocks. Today we’re looking at two cloud-based businesses that have been flying under the radar and providing true utility to their clients. Their shares are down in the wake of earnings reports but not because of results and that is an opportunity for investors.

Shares of Coupa Software (NASDAQ:) are moving lower in the wake of the calendar second-quarter report but not because of the results. The results were strong enough to send shares higher in premarket action, it was the short sellers and profit takers that pushed shares lower during the open session. The company a 42.4% increase in revenue that not only beat the consensus estimate but spurred an increase in guidance as well. The company increased its guidance to a range above the previous range and the current consensus estimate which we see as a catalyst for higher shares prices.

The analysts are bullish on Coupa Software but there is something for investors to be wary of. So far, MarketBeat.com’s analyst tracking tools show 8 analyst commentaries released in the wake of the earnings report. Of those eight, all included price target increases but two of them also included rating downgrades. One downgraded from overweight to equal-weight which is not too much of a concern but the other downgraded from buy to sell which may be a red flag. If more analysts turn into bears as price action approaches the $300 consensus target it could turn into a top for the stock price. 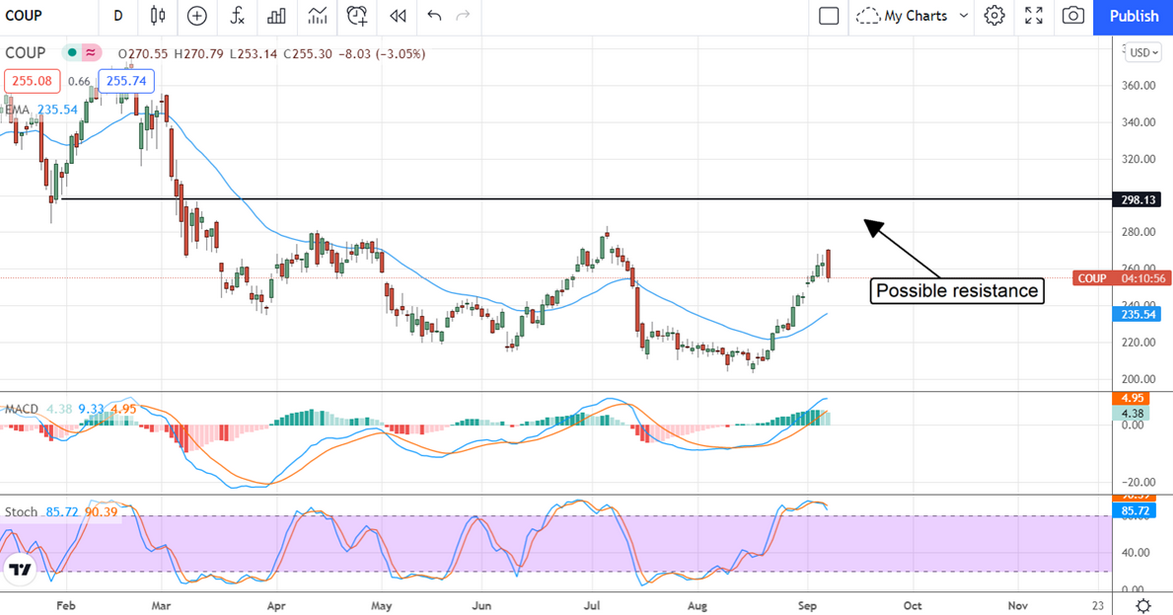 2. Smartsheet) Is A Smart Buy

Shares of project-management platform Smartsheet (NYSE:) are down more than 10% in the wake of the companies better-than-expected . The company reported revenue of $131.47 which not only grew 44.4% over the previous quarter but saw growth accelerate on a year-over-year basis and beat the consensus estimate by 500 basis points. More, the results and business strength led the company to increase guidance for the third quarter and the full year to ranges well above the consensus estimates as well. In regards to the third quarter, the company is expecting revenue in the range of 39% to 40% above the previous year versus the 30% expected by the analyst. This growth is on top of strong gains made last year but there is a factor weighing on the market.

While the growth is strong and getting stronger, the company’s calculated net billings growth is slowing and that will likely weigh on growth in future quarters. The analysts like the stock despite the downtick in net billings growth and issued a round of positive commentary. Nine sell-side analysts have come out with commentary reaffirming a buy/strong-buy rating and raising the price target. The consensus price target is just shy of $85 now which is good for about a 15% upside from the current price action. The high price target is $100 and about a 30% upside from the current price action. 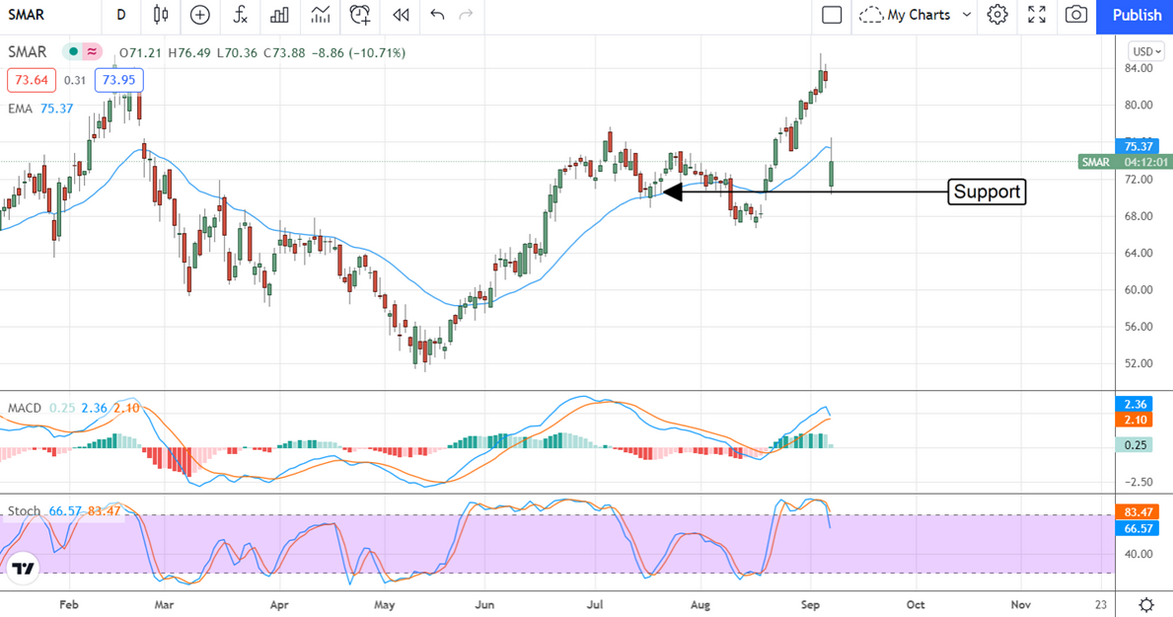