One of the fun things about being a market watcher is digging up new investment ideas, investments like the two we’re going to introduce today. Not only are these stocks recently floated on the market but they’re trading at historically low levels for their short life spans. We think that’s going to change, however, because the analysts are eagerly recommending their clients buy the shares. In both cases, business is supported by secular trends and tailwinds blowing throughout the economy. In the case of Dutch Bros, it’s America’s love of drive-through convenience combined with coffee and other high-energy beverages while in the case of On Holding its high-end athletic apparel geared specifically for runners.

1. Dutch Bros Perks Up After Upgrades

Oregon-based Dutch Bros Inc (NYSE:) operates 470 stores in 11 states offering a range of coffee, tea, cold brew, and other branded items. The company was founded In 1991 and is expected to post a half-billion dollars in annual revenue within the next year or two. The analysts, in the wake of the post-IPO quiet period, are overwhelmingly bullish on the stock and we think this is going to drive share prices higher. So far nine major sell-side analysts have come out with bullish commentary and ratings that amount to a firm buy. Of the nine, there are five Overweight and Outperform ratings and no Neutrals or Sells. The Marketbeat.com consensus price target of $52.50 assumes nearly 10% of upside is still available for shareholders.

The high price target of $60 is shared by Jeffries and Piper Sandler. This target assumes 25% of upside is available for this stock and we think it is a cautious estimate. Although the company is trading at a high triple-digit multiple that value assumes robust growth we think underestimates the company’s potential. Dutch Bros is already operating in what could be considered Starbucks (NASDAQ:)’ core territory, and profitably, it should be easy for them to expand into the rest of the country. If price action can move up to the $60 level and move above it we see this stock moving up into the range of $75. 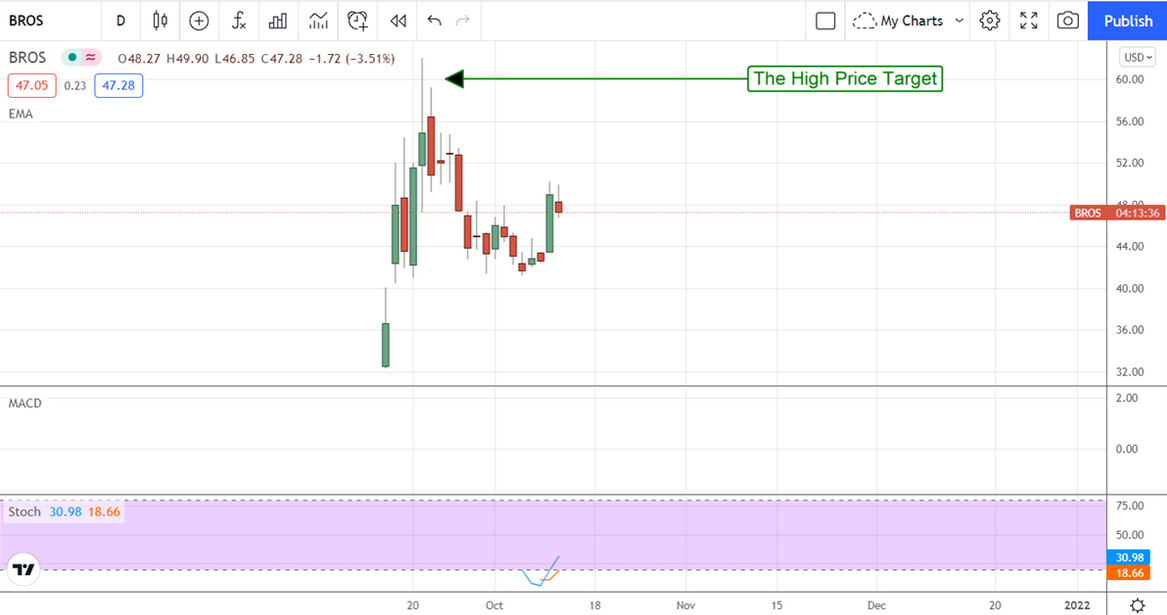 2. Get Moving With On Holdings AG

On Holding (NYSE:) makes and markets a line of apparel and shoes for running enthusiasts. The company is headquartered in Switzerland and offers its merchandise through independent retailers, company-owned stores, and eCommerce. The analysts are a little less bullish on this stock than they are with Dutch Bros but there may be more upside available to shareholders. The consensus is it Buy but, of the 9 analyst ratings, there are no strong buys and one hold and one sell. The Marketbeat.com consensus price target of $35.78, however, implies about 17% of upside at the midpoint of the range.

It is worth noting that the consensus estimate is skewed lower by a single price target. Williams Capital initiated the stock at a sell with a $25 price target while the bulk of the analysts are expecting the stock to trade in the range of $36 to $38. The high price target of $40 is held by UBS and assumes 31% of upside. If price action can get to the $40 level and move higher we would expect to see price action continue to move higher but we’re not holding our breath for that event. In our view, unless the company’s first earnings result as a publicly-traded company beat the analyst consensus, the stock could remain range-bound until it becomes profitable. 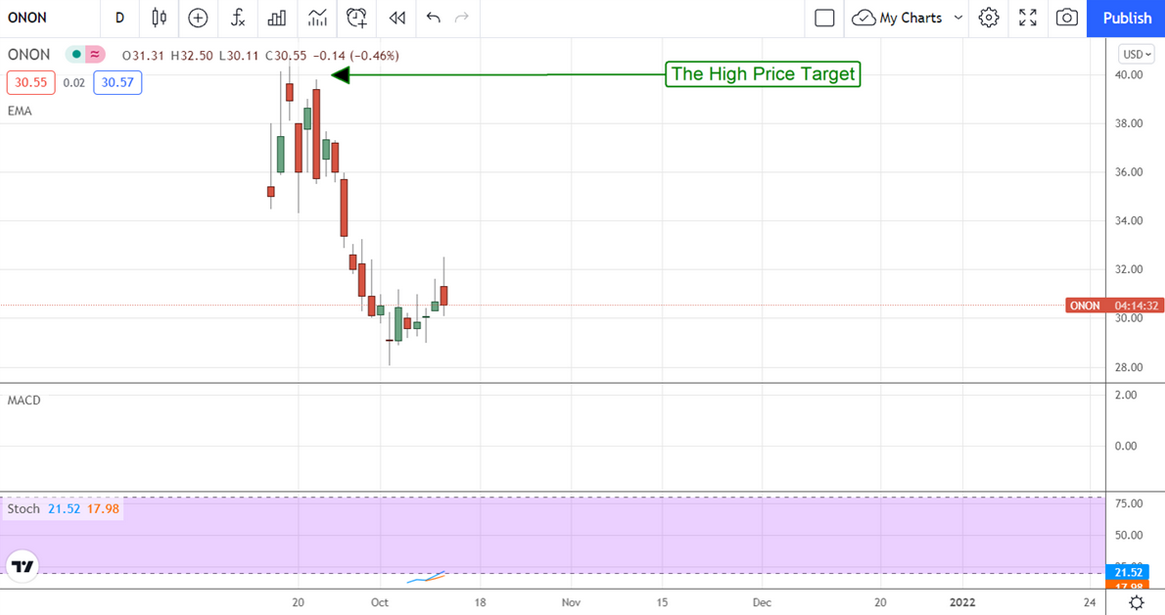